The history Behind Birth Stone

Everybody in the world has a birthstone, a special gemstone associated with when that individual came into the world. While most of us probably think that our own personal gemstone is pretty, and maybe even own a piece of jewelry or two, lots of us have no idea what our birthstone really says about us. After all, it might seem random at first glance, but, like looking into your horoscope, it’s a reflection of who we are in the world, and how we came into it! The nostalgic tradition started centuries ago, and is rooted in the very earliest days of the major Abrahamic religions: Christianity, Judaism, and Islam.


According to religious lore, Aaron wore a breastplate with 12 stones. Later scholars noticed the similarity with the months of the year, and a tradition was born of wearing a different stone for every month of the year. Even later, in 18th–century Poland, we adopted our modern tradition, wearing the birthstone that signifies the specific month of birth.

People with a garnet birthstone tend to be a unique blend of analytical and compassionate. This person might fit the stereotype of the “super parent.” They can make order out of chaos with a snap of the fingers, all the while wiping a tear here and bandaging a scraped knee there. Even if they aren’t a parent for real, they might be the “mom” of the group, who makes adult decisions with compassion.

Most likely a calming and mellow presence, the amethyst birthstone tends to go with deeply spiritual people. They’re gentle souls who project peace. They may get a bit of reputation for being flaky in the here and now, but that’s only because they’re busy thinking about the big picture, in their own lives and in the great cosmic scheme of things.

As you may have guessed from the name, this stone is closely associated with the ocean. Someone with an aquamarine birthstone has a powerfully purifying presence. Like the ocean, she is able to wash all things clean, and has a knack for inspiring honesty in those around her and getting to the root of any problem. Her communication skills are top of the charts!

Most of us know that diamonds symbolize everlasting love, but do you know why? It’s because they are so hard to damage, a quality that they share with those born in April.These individuals are nearly invincible, and can bounce back from just about anything you throw at them. Of course, that also means that they’re stubborn; when they take a stand, they stick to it!

Those born under the emerald birthstone are known among family and friends as incredible unifiers.Like their stone, which rules unconditional love and compassion, these people are equally gifted at reconciling old and painful fallings-out, and at making harmonious matches. If you want a friend to set you up, make sure you ask a May baby!

Having more than one birthstone, Pearl & Alexandrite, June's birthstones are as unique as it comes. Extremely rare and having "color-changing" abilities, the Alexandrite is green in daylight and changes to a purple-red hue in incandescent or artificial light. Those born with the pearl as their birthstone are very unique creatures. Pearls were historically associated with innocence and magical powers, and this individual may seem to be simultaneously a bit naive, and very in tune with the natural world.

Like the gemstone they were born under, those with a ruby birthstone are showy, with a flair for the dramatic. These individuals have incredible self-confidence, and will never shrink back from a confrontation. Resolutely fearless, they absolutely never bluff, and are always prepared to follow through.

Plenty of folks are chatty, but people with the peridot birthstone truly have the “gift of gab.” They can befriend anyone, under any circumstances, emerging from even the most casual encounter with a new friend for life. Kindhearted to a fault, those born under peridot love to adopt people and animals into their vast extended family!

Born in September, those with a sapphire birthstone tend to be calm, collected, and fiercely intelligent. They don’t lack in kindness, but don’t open their heart to just anyone. They tend to find themselves in positions of power, potentially managing large groups of people or owning a business, and take a long time to learn to trust.

Opal & Tourmaline have become the staple birthstones of October. Opal and Tourmaline are both some of the most beautiful and untraditional of all gemstones. Traditionally represented as pink, the tourmaline can come in many colors of the rainbow. Even seen with 3 colors in one stone, known as tri-colored. Individuals with the opal birthstone are as quixotic as their gemstone. Their lives are never boring, because, though they seek calm and quiet, they get restless easily. They tend to attract attention, despite their best efforts to remain under the radar. They are deeply intuitive, and may be shy because they always sense the ulterior motives of others.

Topaz and Citrine quartz, often mistaken for the other, are the representative for November birthdays. Topaz with its orange-pink undertones of color has been prized since ancient periods of time. Citrine, known as a healing stone, has represented warmth and energy due to its orange hues. Folks born under the citrine are a pleasure to spend time with. Good luck seems to follow them everywhere they go, particularly with regard to finances. As a result, they’re constantly cheerful, and they radiate positive energy that easily spreads to those around them. As a result, November babies tend to be at the heart of a tight-knit family or group of friends.

December birthdays can celebrate their month with Tanzanite, Blue Zircon, or Turquoise birthstones. All stones famous for their varying shade of blue color, and each with a unique set of characteristics and structure. These gems have all become a fashion statement across the world. Those with the turquoise birthstone are quintessential “old souls.” Unflappable and unerringly wise, they seem to have the confidence of thousands of years, even as small children.They are protective, strong individuals who support those around them, and often provide key advice that is usually spot-on.

Gifting a sparkle to your loved ones to earn a precious smile!!

How to Choose Jewelry That Looks Good With Your Skin Tone 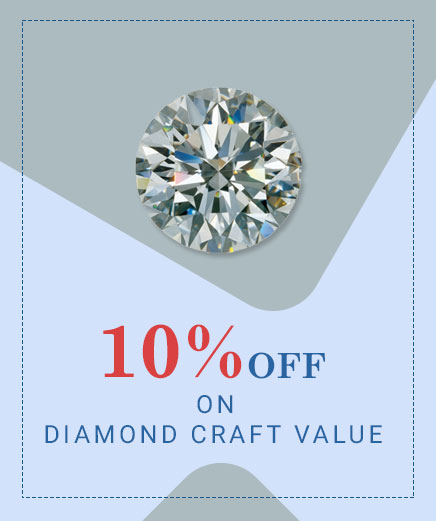